Remember to Thank a Police Officer...

Most of us don't realize that when a police officer gets up in the morning, kisses their family goodbye, and walks out the door, that they might not come home that night.  Tuesday was just a regular day for me, until I checked my phone when I got home from school.  I had a bunch of text messages from friends who still live where I grew up.  The ones from the morning said- a police officer has been shot in Fox Lake.  I scrolled through message after message, and the last one- remember the cop who always came into Blockbuster to check on us?  My stomach dropped.

I met Lt. Gliniewicz when I was 18 years old.  Blockbuster Video had just opened in Fox Lake, IL, and several of my friends and I had gotten jobs there while we went to community college.  It was nice and convenient since I lived in Pistakee Highlands, it was maybe a 10 minute drive if you hit the stoplights.  I met Joe on my second day of work.  He was on duty at the time, and he made sure to tell all of us if we ever felt like we weren't safe, to call the police department.  At 18 years old, you think you are invincible, but we all told him that we would call.  He became a regular at our video store.  He would come in when he was on duty or off duty, and he always made sure our store was safe. When his sons were born, he told us all about them, showed us pictures of them and would show them off when he and his wife came into the store.

Eventually, we were made assistant managers, which meant we could open or close the store. Blockbuster closed at midnight, but once we closed there was always things we had to do before we could leave the store and sometimes we wouldn't get out of there until almost 1 in the morning, especially if the money didn't balance.  If Lt. Gliniewicz was on duty, he would come in close to midnight, check the store, and he would stay in his patrol car in the parking lot until we were safely to our cars.

When he found out I had been assaulted by another employee in the parking lot, the next time I was working, he came to me and asked me why I didn't call.  I told him I was ashamed and I didn't want people to know what happened, plus the guy had stopped and I had gotten away.  He told me that I shouldn't be ashamed, and asked me if I wanted him to put the fear of God into the man.  I told him my dad had already taken care of that.  After that incident, anytime I was closing and he was on duty, his car was in the parking lot and he always got me to my car.

My biggest regret is that I never I told him how much I appreciated him for keeping us safe.  Yes, I thanked him for walking me to my car after the attack, but I never told him that I always knew I was safe when he was on duty.  I hope he knew that it meant a lot to us.

No one likes to be pulled over or given a ticket, but the next time you see a police officer, remember to thank them for what they do for us every day.  Cops lives matter.  His life mattered. 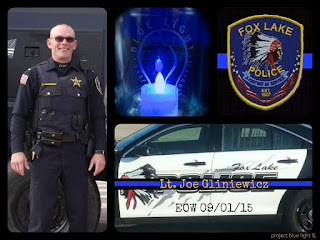 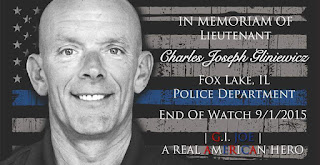 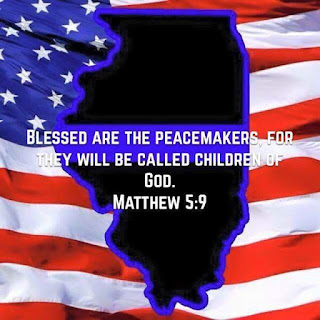