So, today is my birthday.  Normally, I don't think much about it.  It's just a day, to be honest.  This year, Ryan had to be out of town on my birthday, and I don't know why, but it bothered me a bit.  Maybe it was because Noah and Juli have been fighting A LOT lately, or maybe it was because we aren't on spring break like usual.  Something was bothering me all week, and I just kept praying that it would go away and I would have a good day on the 26th.  Well... I did (minus some school chaos), which tells you God is good.

My morning started out with waking the kids up at 6 AM.  Both of them got out of bed and they were happy.  Unbelievable.  There were no tears or yelling from either of them!  We got downstairs to breakfast in record time.  They even took care of their breakfast dishes while I ran upstairs to start a load of laundry.  Un-heard-of.

I walked into my classroom to a: "Surprise! Happy Birthday!"  Two students who had graduated last year had come in and decorated my classroom!  Not only that, but they had made me cupcakes, bought me flowers, balloons, a birthday crown, & a gift card to Jamba Juice!  Plus, they made me scream, because they scared the living daylights out of me (it was a good thing I didn't need to pee).  Then, they stayed and helped a co-worker and me set up our egg lab for the day.
During 2nd period, a student I had the year before came in to give me a package of Reese's Peanut Butter Eggs and Peanut Butter Oreo Cookies.  My 3rd period class conspired to throw me a birthday party!  My amazing TA baked 3 different delicious treats (they were so yummy), and students showered me with Reese's Peanut Butter Cups, Reese's Pieces, Gum, & Lotion- they know me all too well.  6th period the Easter Bunny (no joke) hopped into my room and wished me a "Happy Birthday" and gave me an Easter Egg.  Then she hopped back out and went back to visit the preschoolers.  Throughout the day, students added to the birthday notes on my whiteboard.  I have never felt so loved.
After school, when I picked up both kids, normally we go through the "hangry" phase where they both need a snack ASAP because the fighting commences as soon as they see each other (due to being hungry), but we skipped that phase.  They still had their snack, but there was no fighting, no ugliness.  We ran errands and talked about our days at school and got along.
God is good, and I was truly blessed today.
Posted by Jenna at 11:00 PM 1 comment:

My Ray of Sunshine turns 8 today.  It is hard to believe that it has been 8 years since he was born.  Since Noah is 8, I have compiled a list of 8 things I think you should know about Noah.


1) He always has a smile on his face, which is why we call him a "ray of sunshine".  Since he was baby, it is rare to see him without a smile. 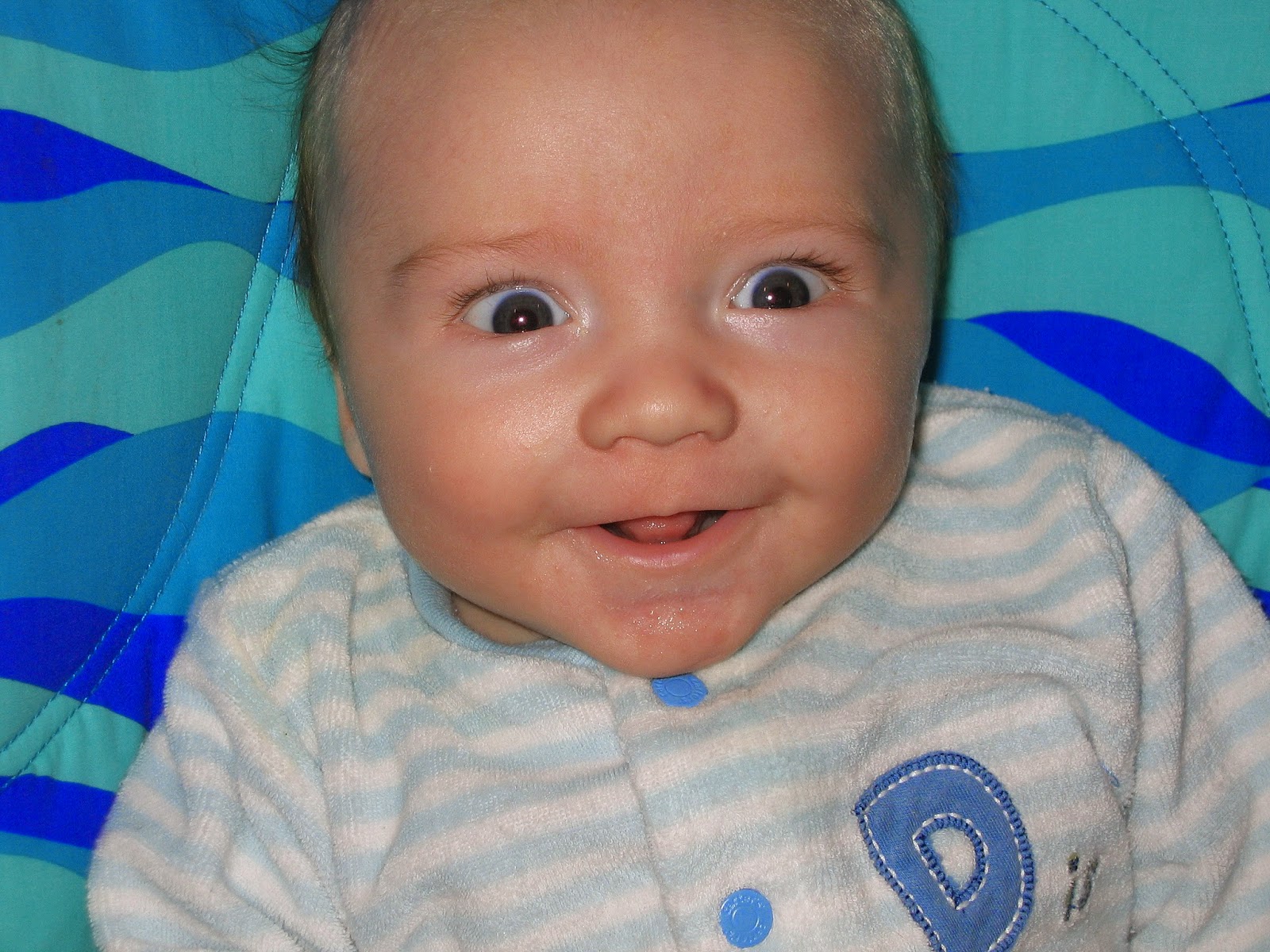 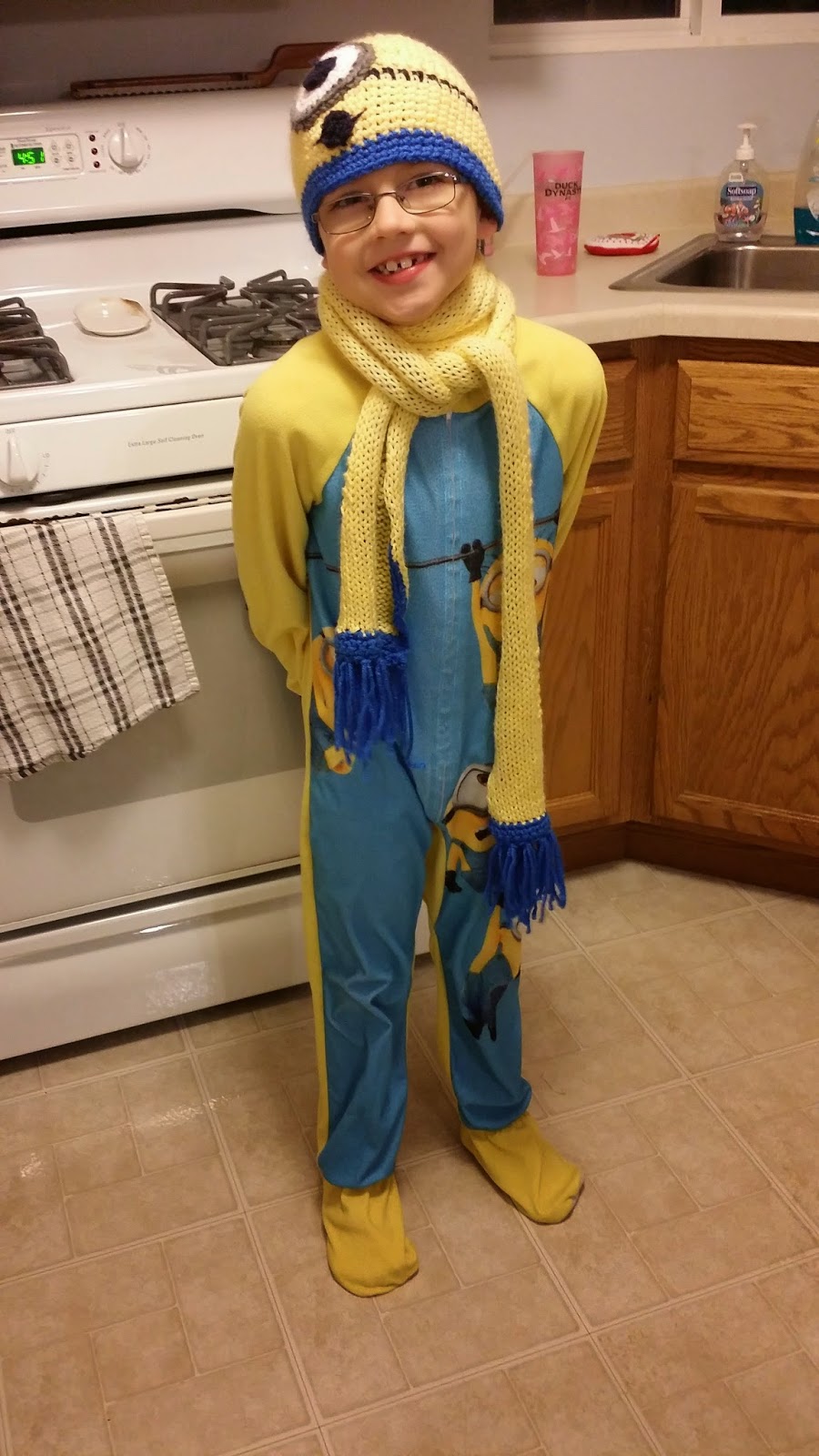 2) Noah loves his little sister, Juliana, so very much.  He would do anything for her.  Last year when we were walking home from school, Noah and Juli were walking ahead of me and I noticed Noah yelling at some girls.  When I caught up, Noah told me that 2 girls had been making fun of the braces that Juli wore on her ankles.  The momma bear in me got angry, but Noah told me, "don't worry, Mom, I took care of it". 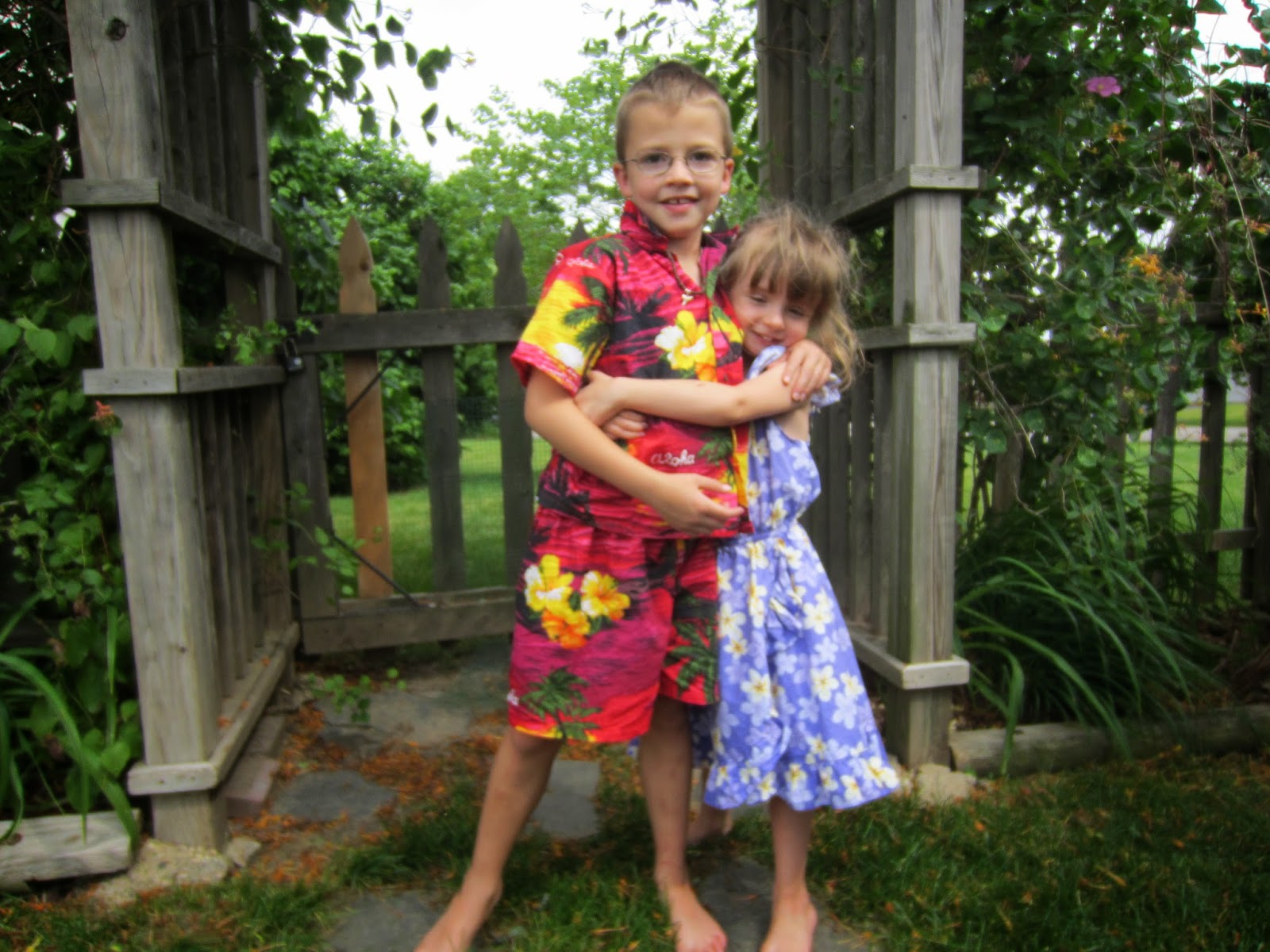 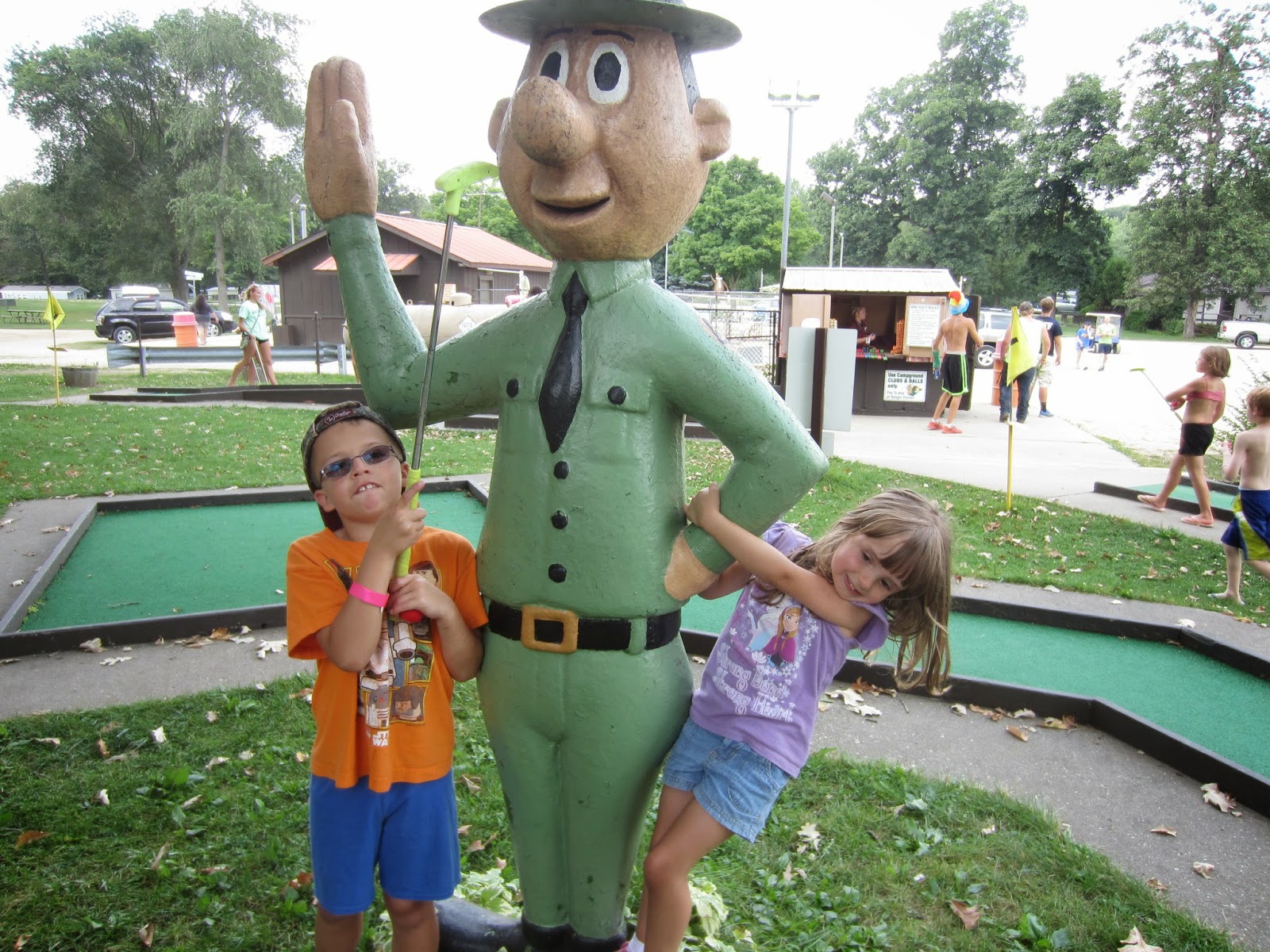 3)  Noah loves his cousins.  He looks forward to the times he gets to play with them, especially Rori and Liam.  We wish they lived closer so we could see them more often- that means you too, Candise! 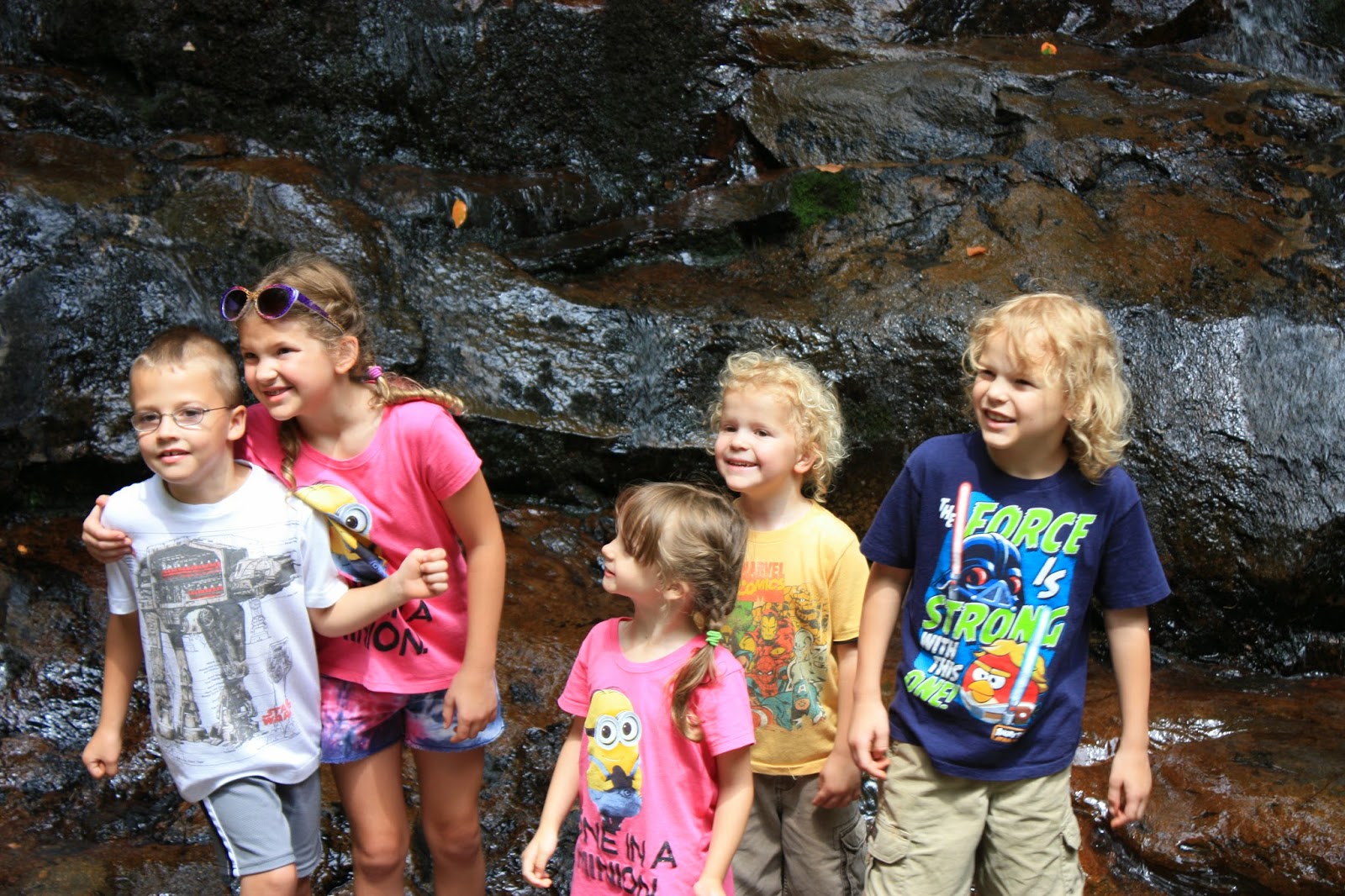 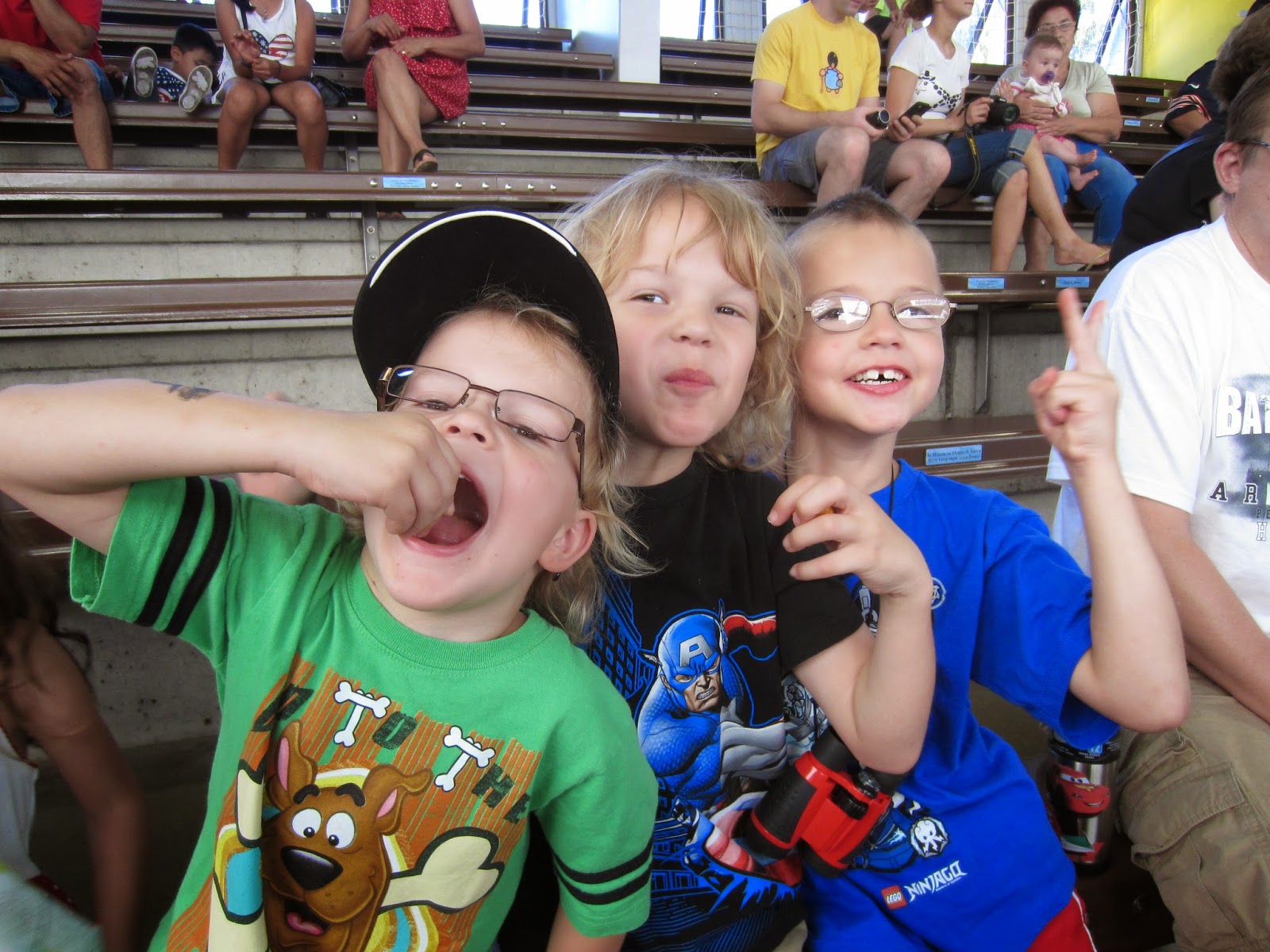 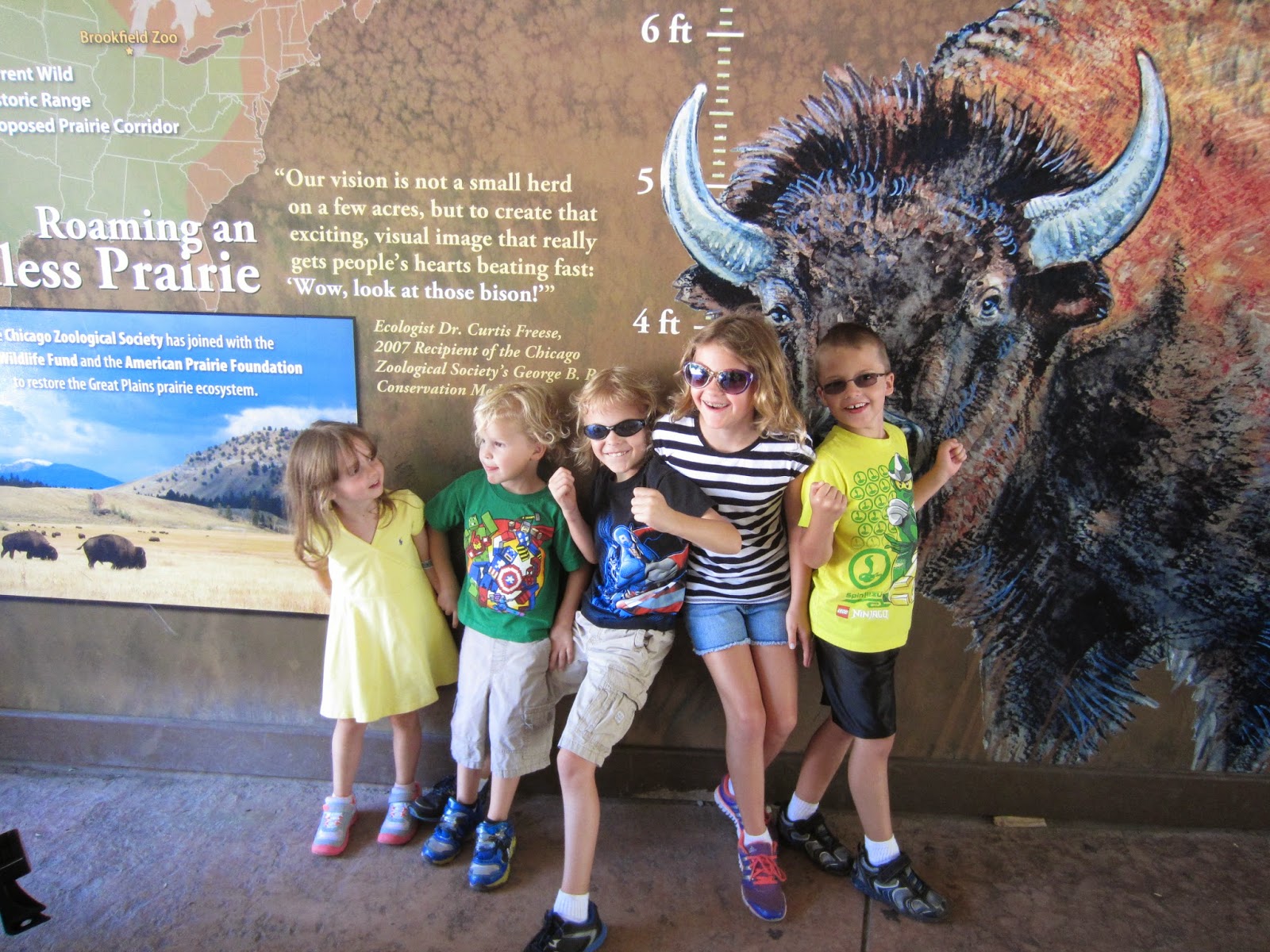 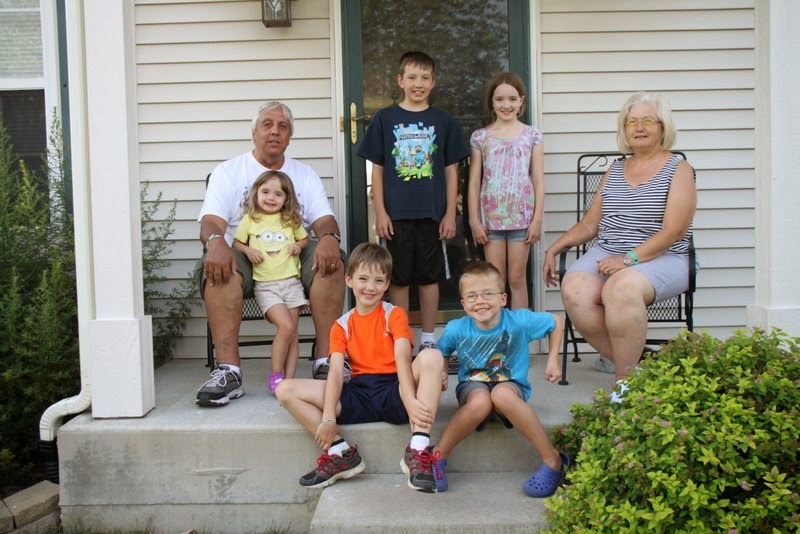 4) He loves to listen to music and sing (he is going to be very sad when he realizes that he gets his singing talent from me).  When he is in the shower, you can always be treated to a song he has sung in church or school, or a song we listen to at home.  Right now you can usually hear him singing: "Soul on Fire" by Third Day, "Live Like That" by Sidewalk Prophets, and "Our God" by Chris Tomlin.


5) He loves to build.  Noah can build anything out of Legos, Duplos, K'Nex or anything you give him.  He says he wants to be a Dolphin Trainer when he grows up, but I honestly see some type of engineer in his future.  This year it was Noah's turn to have a birthday party (every other year we have enough money for each kid to have a non-family party- we started when Noah was 5 & Juli had her first party last year) and he wanted to use the money instead to go to the Lego Store in Chicago and buy Legos.  So this coming weekend, we are headed downtown to get him some more Legos. 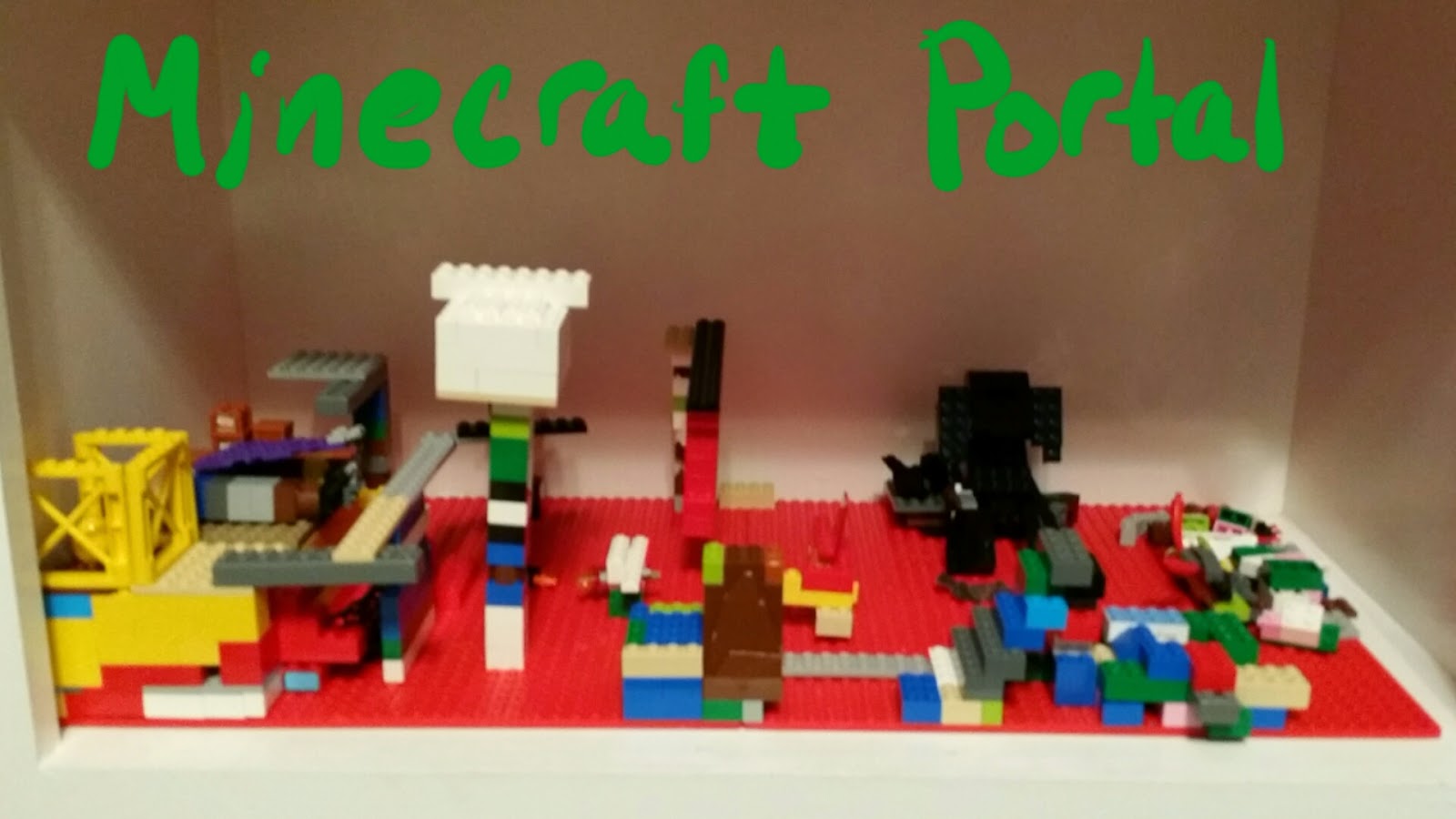 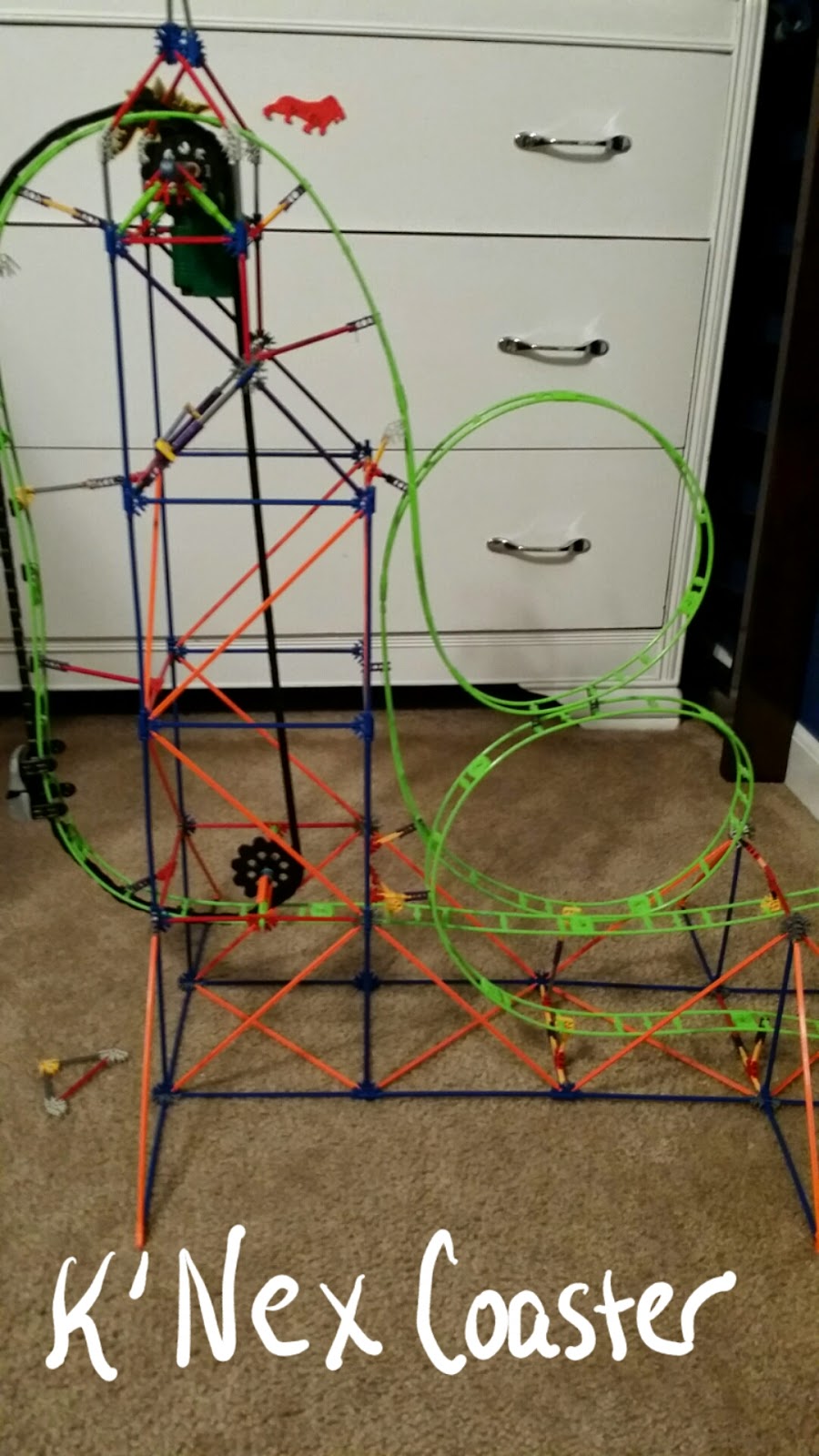 6) The kid loves to read.  His backpack always has at least 2 books in it to read at day care and at school.  He likes to read funny books, so he enjoys: Diary of a Wimpy Kid, Big Nate, How To Train Your Dragon, The Adventures of Frankie Pickle, the Lunch Lady series.  I love the Plainfield Library, because all I had to do was tell the librarian that he liked Diary of a Wimpy Kid and Big Nate and she loaded Noah up with all these new authors for him to try and then told him to come back and tell her which ones he liked best so she could help him find even more.


7) Noah loves his grandparents, both sets, and doesn't get to see them enough (guilt trip accomplished).  In Noah's ideal world, both sets of grandparents would live next door so that he could see them all the time.  Unfortunately, one set lives about 2 hours away and the other set lives in Arizona, but he has learned to treasure the time he has with them. (The grandpas are hard to find in pictures with Noah because he is usually doing something active with them at the time). 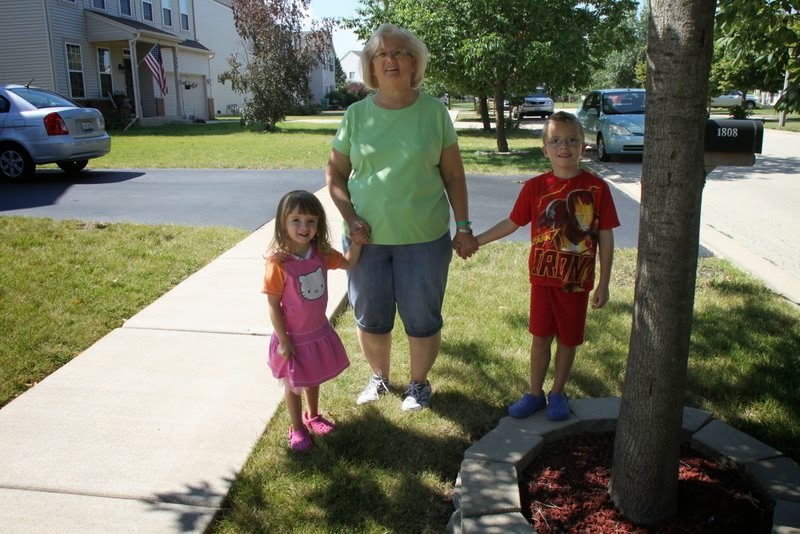 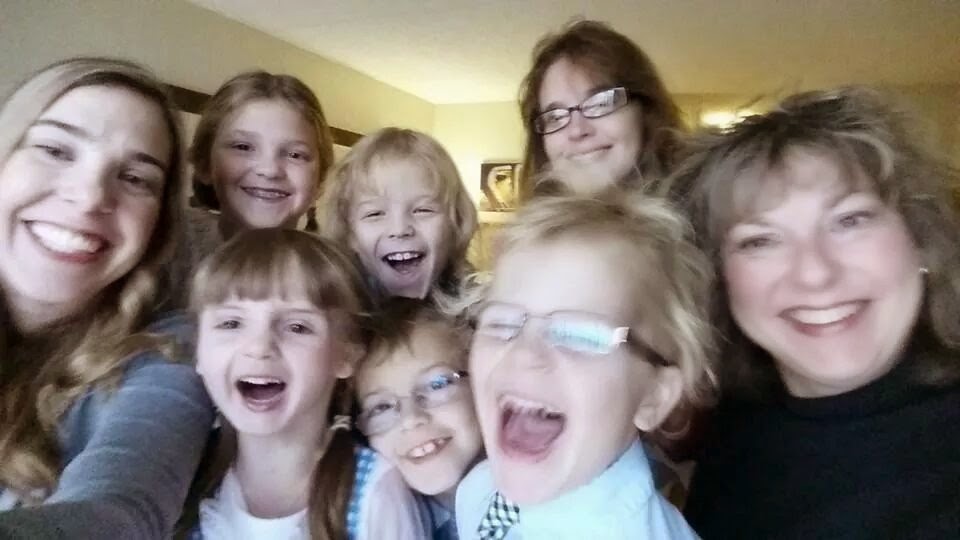 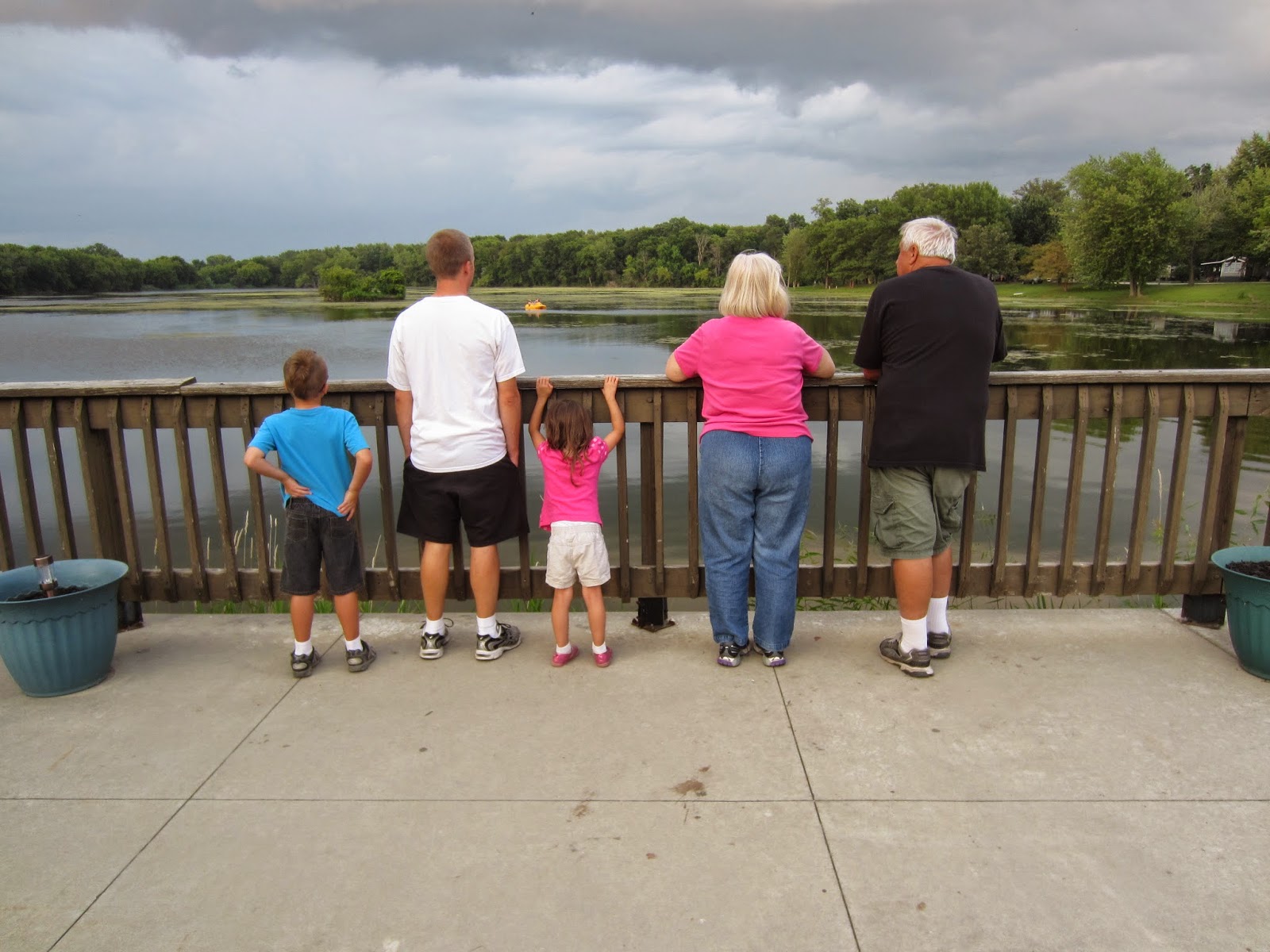 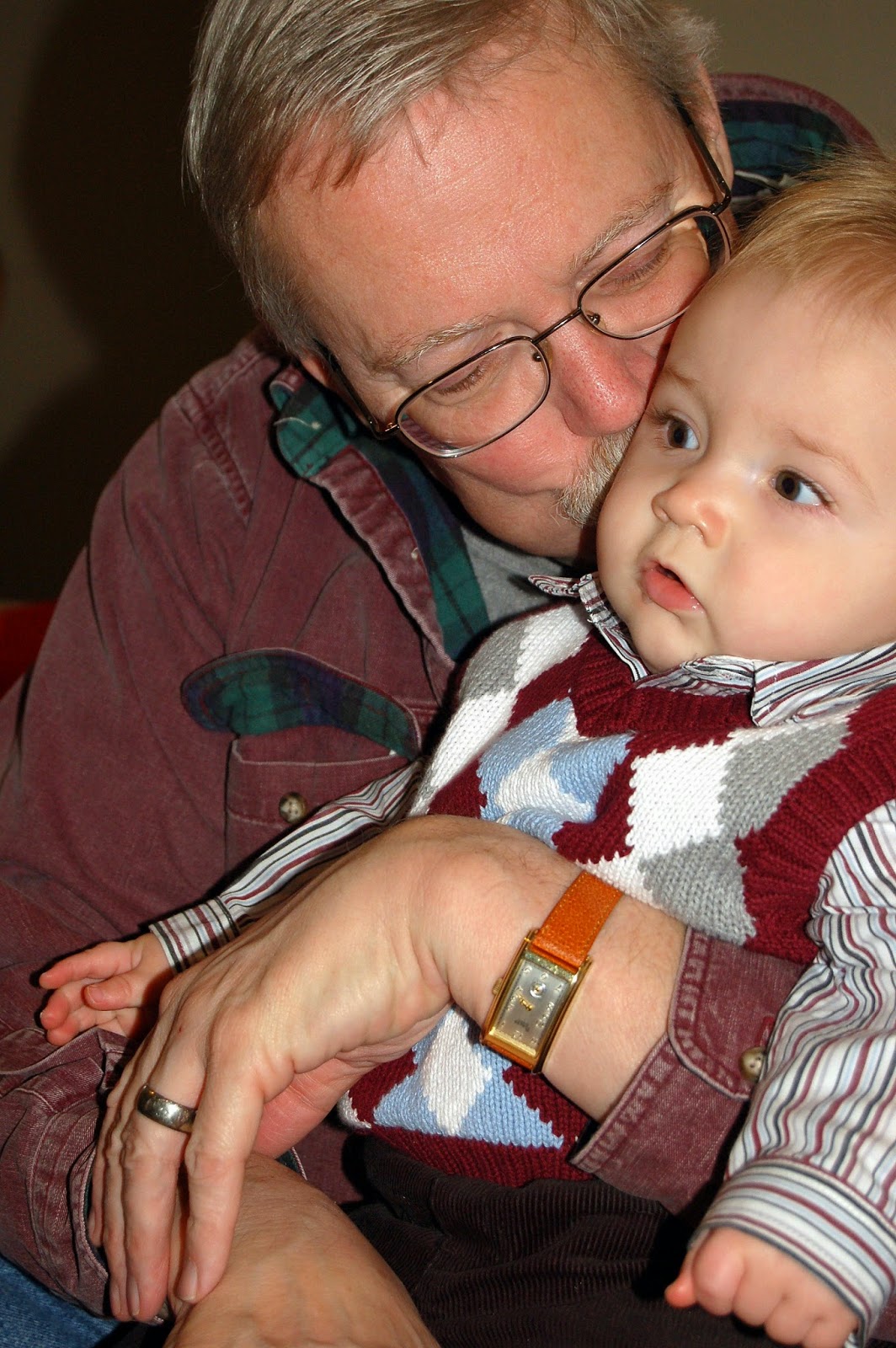 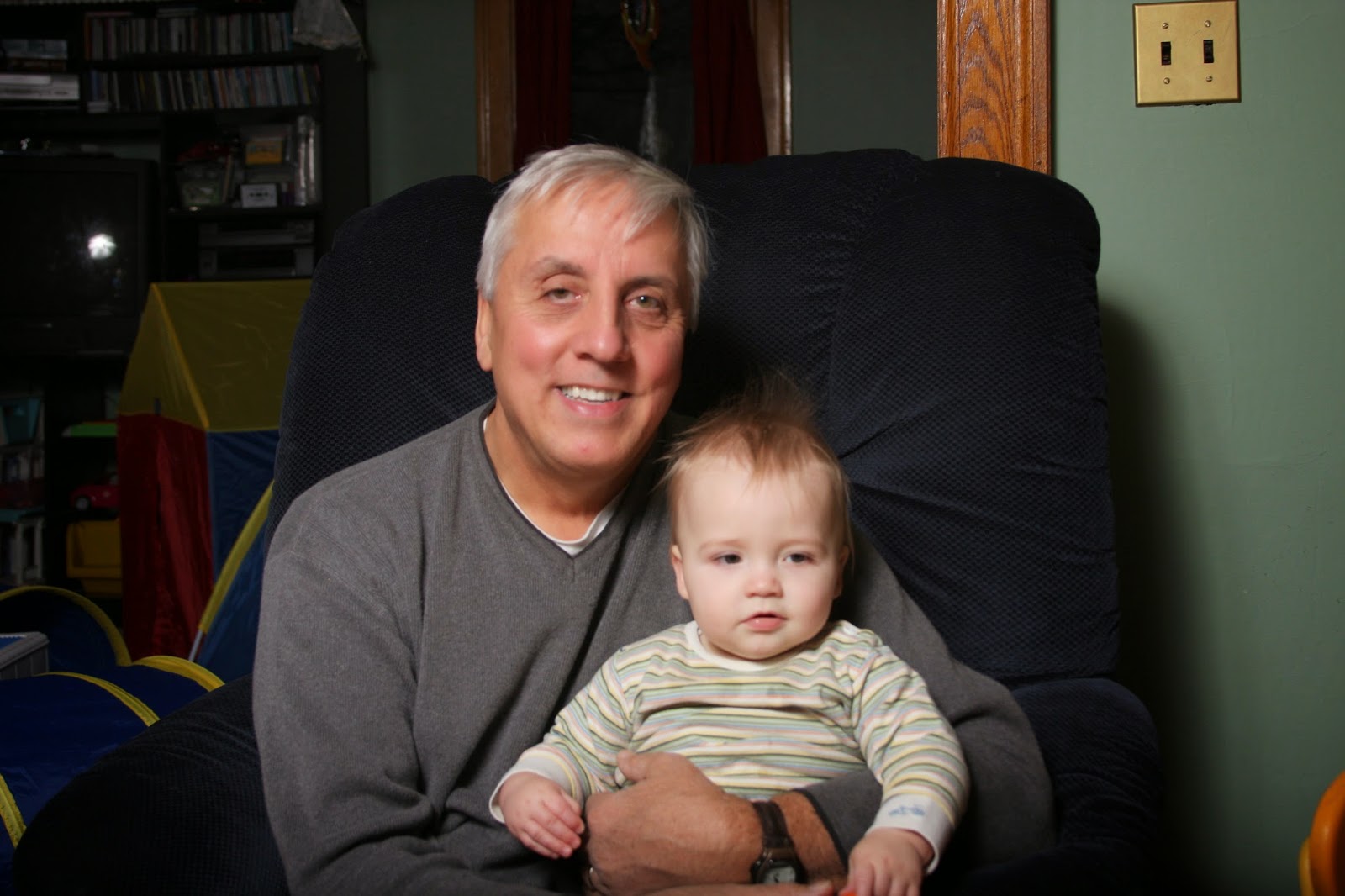 8) Noah is all about family time.  He loves to do family movie night or family game night.  His current favorite game is King of Tokyo (the struggle is real) and he is ruthless when he plays it, and if he had his way (and Juli did too) we would play it every night.


Happy birthday, Sunshine!  I can't wait to see what this next year brings us!
Posted by Jenna at 4:00 AM 2 comments: