Two years ago, I did the Skyrise climb.  It was fun and rewarding, but I will be honest, I didn't plan to do it again.

Fast forward to June 14, 2017.  Juli started the extended school year, and I had to get her up at 6:45 because the bus comes at 7:15 (Juli is normally a "walker" during the school year, so getting to ride the bus is a big deal to her, even if she has to get up earlier than most kids- and it was the one thing that helped her to stop crying when I told her that she was going to be doing the extended school year).  Noah got up early too, because he wanted to say good-bye to Juli and make sure she got on the bus safely.  After Juli got on the bus, Noah and I had a conversation, and it went something like this:

Noah: "Mom, I feel bad that Juli has to do summer school.  She's going to miss out on lots of fun stuff this summer."

Noah:  "I need to do something for her and for other kids like her.  Do they still do the stair climb that you did for the RIC?"

Me:  "Yes, but registration hasn't started yet."

Noah:  "I want to climb for Juli and raise money for her doctors."

For those of you who are not familiar with Juli's medical history, you can read about it here.  A shortened version is that Juli has been diagnosed with Developmental Coordination Disorder along with Sensory Processing Disorder.  This affects how she learns and processes information in and out of the classroom.  To help Juli out during the school day, she receives speech and occupational therapy at school, she meets with a reading specialist and is pulled into small group for math, writing, and reading again.  After school is over, Juli goes to Occupational Therapy every other week for an hour, she goes to math tutoring 3-4 times a week for an hour, and she does swim lessons once a week to help with muscle tone.  This summer, she is doing the extended school year and gets on the bus at 7:15 and gets off the bus at noon.  3 days a week she goes for math tutoring in the afternoon for an hour, and she continues to swim as often as we can get to the pool.

Juli also has hypermobile joints, which means she dislocates very easily.  Last summer she gave us a scare when just by crossing her legs, she dislocated her knee.  Juli has a very high pain tolerance, and hearing her scream like that was awful.  Her knee did pop back into place, but she spent 10 days in an immobilizer and 5 months in physical therapy 2 days a week.  During the school year her knee dislocated twice, and it tends to "pop" partially out of the joint and then goes right back into place.  We keep an ace bandage in her backpack now, so the nurse can just wrap her knee for the rest of the day and keep it stable until the swelling goes down. 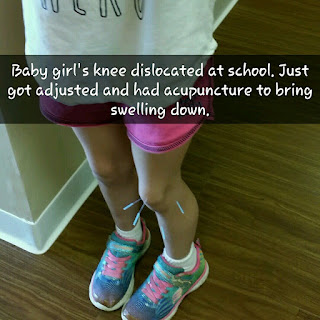 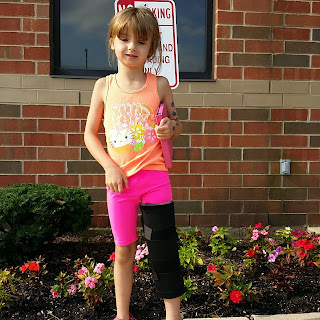 Despite all of this, Juli is a little scrapper and she knows how to enjoy life.  She still loves to jump, even though the risk of dislocating increases.   If she can pick any place to go, she will always pick SkyZone.  Every weekend is a costume weekend, and she will pick a different princess to dress up as.  She never gives up.  When she learned to ride a two wheeled bike last summer, she didn't stop until she mastered it (thank Auntie Jaime).  She may be small but she is MIGHTY!

So why am I writing all of this?  Well, yesterday, registration opened for SkyRise Chicago 2017, and we signed up.  We formed Team Juli: the Mighty Minions (she loves minions).  Throughout the summer, I will be introducing you to the members on our team.  Our team needs to raise $3000 in order to climb, which is daunting to us but I know it can be done.  If you have read this far and are interested in donating, please click here.  Thank you!

Who do we climb for? WE CLIMB FOR JULI! 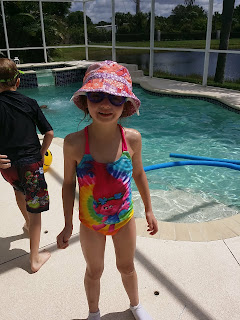