Holly and Noah Part I...

You know that Noah has developed a bit of a crush on you. I knew it would happen, but I didn't realize it would happen so fast. The morning after you moved in, Noah's first question was, "Holly up yet, Momma?". I knew we were in "trouble" when about a week in, Noah said, "Night, night, Holly. Love you!" I think one of Noah's favorite times with you is when you guys play "dragons" after Juliana goes to bed. I remember coming downstairs, and you and Noah were sitting on the couch, under blankets, and you were showing Noah how to shoot the catapult. You said, "Don't hit your mom," as you let the play rock launch and hit me. The expression on your face was priceless, which is why I am including this picture in the blog. 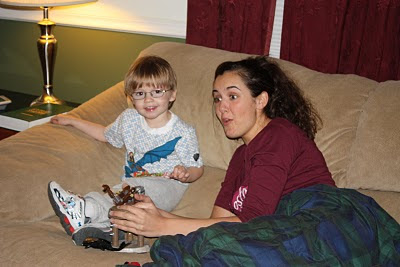 Another one of Noah's favorite times is when you play on the jungle gym with him. He loves when you swing with him, or go down the slide with him. His face radiates pure joy. You have been an excellent sister to him. I know I don't need to tell you how much he is going to miss you. 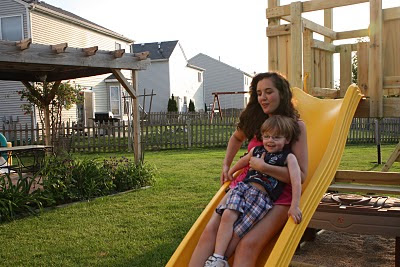 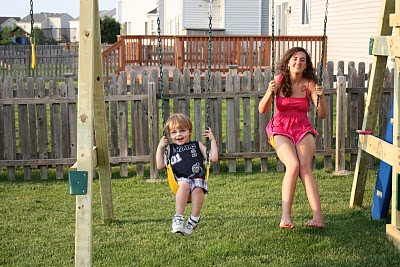